We're back blogging with a new name: TAIT ON 8

Ah, what the hell: I’ll have a Coke.
It’s been a while since I’ve posted a blog. In fact, thelast was way back in the fall when I was mad at Coca-Cola. But we can’t stay mad at something forever, right? So I’m going to fire up the blog again because there’s so much to share.
I March 20 joined the Edmonton Sun as a columnist. Tait on 8 is the name and we sharing good news in the Edmonton area. The response has been overwhelming. And we have so many great stories to write that, unfortunately, we can’t get them in two columns in the Sun and Edmonton Examiner. So we’re going to use my blog to help out.

Like, Wednesday. Mill Woods Community patrol acting president Sharan Shandon sent an email about Bernie Karcher.
Shandon says Bernie was a dedicated volunteer and was very well known throughout the community. Sharan wrote a very nice piece about his friend Bernie and we’re going to post it, including pictures, tonight or first thing Wednesday.
So I really want to hear from you about good things going on in your life.

It’s funny, isn’t it? We’ve all heard people say “whenever you’re going through a rough period call me — I’m always here to listen”? And that’s great.

But when your life is on fire, when things are going great, when you’ve reached one of your dreams, I would like to know.
Please share.

(Please visit Challenge Insurance where I work as a special projects advisor.) 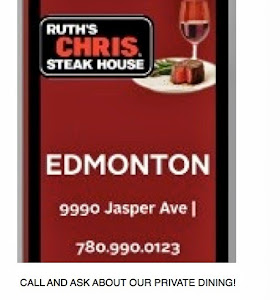 Welcome to Tait Talk! I am so pleased you dropped by. I try to write my blogs from a newspaper perspective, believing both every one has a right to an opinion
I welcome yours. And there's three ways to do it: the comment box at the end of the blog post, email, or Twitter @camtait.
As my Dad always said "I may not agree with you but I will respect your opinion."
Enjoy!
Cam